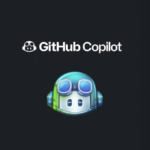 Almost without realizing it, artificial intelligence is changing many tasks in our daily lives. The productivity of many workers has increased thanks to the fact that these systems are taking over tasks that can be “tedious” for specialists. However, until now, this did not apply to the area of programming.

Well, the arrival of GitHub Copilot may radically change things. Announced in June 2021, it is an artificial intelligence-based tool that GitHub and OpenAI developed to help Visual Studio Code users complete code automatically.

The system has learned different patterns in programming languages. Therefore, when you find yourself writing lines of code, it suggests what you should complete next. In other words, it is a kind of “intelligent assistant” that has come to revolutionize the professional world of programmers.

What can GitHub Copilot be used for?

One of the most surprising utilities of GitHub Copilot is its ability to suggest a suitable name for a function without having written a single line of code. When you write a comment, the algorithm chooses what is best for your search. This is something useful if you are new to programming or have forgotten some commands.

Another relevant issue of GitHub Copilot is its work on boilerplate. For those who are not familiar with it, this is a concept that refers to repetitive code. At the same time, this can be very useful to avoid code typos, which can happen to even the most experienced programmers.

This applies not only to front-end work but also to back-end work. The recommendations vary depending on the languages, so, commonly, there is a great variety of lines in Java, JavaScript, or Python, but other languages are left with fewer possibilities.

However, GitHub Copilot is constantly learning and will improve over time.

How does GitHub Copilot work?

As we have explained, this tool is dedicated to analyzing the context of the code editor. When the programmer makes comments, the software suggests lines to complete the following code. However, it also detects existing lines and proposes continuations based on your ideas.

It does this thanks to the community of developers, who share their experiences with their projects. Artificial intelligence is fed by a massive repository of code with different languages, so it is “trained” to predict human behavior and respond to certain code variables inserted.

It’s important to mention that the changes are not applied immediately, but the user interprets the suggestions given by the system and allows the user to accept or reject them. There is also the option to manually edit the suggested code, something helpful when the service is in a Technical Preview.

On the other hand, the fact that GitHub Copilot can “auto-complete code” doesn’t mean that it will automatically generate it. In reality, the programmer will always be the one to direct the IA. Therefore, it can help maximize time and do all the manual and tedious work, such as debugging code in large proportions.

The process would be as follows:

That’s it! This mechanism applies to all your work in the code editor.

At the moment, there is not much certainty in the programming field about the future of GitHub Copilot. However, we should not think of a dystopian future for coding professionals. On the contrary: this is a tool that will help them in their daily activities.

By speeding up the flow of programmer work, the hourly workload may be reduced. It is difficult to predict what will happen with this, but nothing indicates that the supply of programmers or their respective salaries will go down. In reality, the increase in “time off” will mean that they will focus on more creative functions and less repetitive tasks.

The work of a programmer of any language is not based on writing lines of code in a predefined way. Still, they must create intelligent solutions based on their knowledge of a specific programming language to meet the objectives proposed by the leaders of a given project.

Therefore, GitHub Copilot doesn’t have to destroy jobs. On the contrary, it will allow language professionals to take care of the “creative” aspects and supervise the code tasks that the IA completes automatically, as they are the ones who will decide whether the suggestion is correct or not.

The launch of GitHub Copilot means a great revolution in the world of programming. Mainly because, until now, no one had imagined that artificial intelligence could also work in such a complex area as the world of code.

It’s worth a try. For novice developers, it is an opportunity to understand possible contexts to continue writing lines of code. For advanced programmers, it will mean reducing time on tasks that they consider somewhat repetitive and tedious.

You already know what GitHub Copilot is and why it can revolutionize the programming industry. If you want to know more about it, we invite you to continue reading our blog.