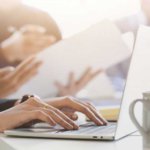 Is Node JS a Framework? Learn About the Popular Platform

Node JS is an open-source JavaScript tool built on Google Chrome’s JavaScript Engine, but is Node JS a Framework? It’s used to build scalable network applications using an event-driven, non-blocking I/O model, which makes it fast and light on resources. It allows developers to use a single language (JavaScript) on both the server-side and the Client-Side.

This inevitably improves how efficiently and fast applications can run while decreasing their development time and maintenance costs.

While most people that have heard about Node JS know which are its main uses, not everyone knows for sure under what category to classify this technology. Plenty of people think Node JS is a framework, and others consider it to be a programming language, but before giving you the correct answer on what it is, we believe that it’s important to explain first what is a programming language and what is a software framework. What is a Programming Language?

A programming language is a vocabulary and set of grammatical rules that allow instructing computers to follow specific tasks and commands. These languages must follow certain rules and standards so computers can interpret and understand them better. Each language has its own set of keywords. These are words that have a special meaning that represents predefined commands or rules.

Programming languages are used to write scripts, which are a series of instructions that tell a program what to do, in order to carry out a task or achieve a specific goal. Scripts help in creating more user-friendly navigation through the internet since they help enhance the user’s experience.

Is Node JS a Language?

What is a Framework?

A programming framework can be defined as an abstraction used by programmers to develop something. It includes pre-written code to help developers create software with ease, and can be customized for specific computing solutions. Frameworks are often used by developer teams, as they make the code more streamlined and standardized, which results in faster development times.

In layman’s terms, a framework is a set of tools used to make a particular job easier. These tools are written to help developers use one specific programming language, which in turn helps in implementing consistent code with fewer mistakes.

Is Node JS a framework?

No. Even though considering Node JS a framework is one of the most common mistakes, let us assure you Node JS is not a framework.

What is Node JS?

At this point, you might be asking yourself, “If Node JS isn’t a programming language or a framework, then what is it?” Well, Node JS is a Java Runtime Environment. A Java Runtime Environment (JRE) is a software that is made to execute other software. A JRE often contains three of the following elements: A Java Virtual Machine, a Java Classloader, and a Java Class Library.

The ClassLoader is used to load everything needed to execute a program. The Java Class Library contains a set (or library) of reusable code that can be used to make programs, and the Java Virtual Machine allows a computer to execute programs and applications written in Java.

Node JS contains all these elements thanks to Chrome’s V8, which was the engine used to build it. In short, Node Js is a Javascript Runtime Environment, and it’s used to execute JavaScript code outside of a browser.

0 thoughts on “Is Node JS a Framework? Learn About the Popular Platform”