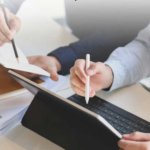 React Native vs. NativeScript: Which One is Better?

In the world of digital technology, there isn’t something as tricky as cross-platform development. To reduce costs and shorten timeframes, developers often have to decide whether to sacrifice between performance and user experience. However, when framework technologies like React Native and NativeScript were introduced, these limitations were no longer a problem. Thanks to these technologies, developers can now create high-quality native-like apps using one codebase. The code can also be used to build the Web equivalent of those same apps with little effort.

How do Frameworks work?

Before going deeper into the existing differences between React Native vs. NativeScript, we’ll analyze how these frameworks work. There isn’t any magic behind it; all you have to do is write the app using React Native or NativeScript to compile the codebase into the native user’s interface components. This means that all the calls written using JavaScript in every tool are mapped to correspond to those in the native user’s interface components on the mobile platform the app is based upon. Something important to keep in mind is the fact that neither NativeScript nor React Native involves using native app languages like Kotlin for Android or Objective-C for iOS.

Now that you know how React Native and NativeScript work, let’s dive into the benefits of using these frameworks and the advantages regarding cross-platform mobile apps development and start the React Native vs. NativeScript Challenge:

The benefits described above are the ones React Native and NativeScript have in common. Now let’s explore the aspects in which they differ from one another.

There is no denying that if it comes down to a popularity contest between these two, React Native will come out on top. It is the most popular cross-platform app development framework among all the existing ones, including Xamarin, Ionic, Flutter, and of course, NativeScript. However, it is essential to remember that popularity isn’t everything in this business; there are other factors that have to be taken into account. However, let’s not forget that Facebook developed React Native, so introducing this technology to the market and making it accessible was a lot more straightforward.

Another indicator that shows how React Native is used more is the number of questions related to the technology that has been published in StackOverflow. These are ten times more than those associated with NativeScript.

While React Native may have a significant fan base, NativeScript has a massive marketplace with official plugins that have been attracting professional developers for years. The best part is that they are continually being updated, something React Native doesn’t offer.

This has been a problem for React Native almost since the beginning. The framework offers a basic set of API Module, leaving developers in the hands of third-party modules if they want something more sophisticated.

In terms of performance, we can arguably agree that both React Native and NativeScript are head to head. There could be minor differences depending on the type of app being developed, the platform, and the device meant for.

Lastly, if you are looking for the definitive winner between these two, you won’t find one. It all comes down to which one best suits the type of app and platform you are developing for.

0 thoughts on “React Native vs. NativeScript: Which One is Better?”