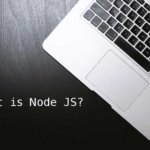 What is Node JS? Easy Explanation

What is Node JS?

Node JS is an Open Source JavaScript runtime environment, created by Ryan Dahl in 2009. Node.js is built on Google’s V8 engine, and it’s used as a tool to build real-time scalable network applications written in JavaScript. It is compatible with most operating systems and, some programmers even use it to create mobile apps.

Node JS moves to the next request even before a process completes thanks to its non-blocking event-based system. This is a great thing for web-based applications and any other system that benefits from real-time communication.

Node is also able to use built-in modules. These are well-ordered JavaScript files, that can be used as many times as they’re needed in a determined app. You can also create modules and export them to other apps. This can be very handy and can fasten the development of applications and websites. Why use Node JS?

If you aren’t using Node JS, you’ll be forced to use one language for the server (PHP, Python, etc.), and a whole different language (JavaScript) for the client. Using Node JS would let a programmer focus on only one scripting language (JavaScript), which in theory, would result in fewer mistakes. In addition, since both client and server are using the same language, they’d be able to share code, thus reducing maintenance and test costs of the application.

As previously mentioned, Node JS enables handling multiple requests at once with ease thanks to its single-threaded event looping system. Node JS uses a single-threaded program that provides services to a very large number of requests, making it better than a server like Apache HTTP.

Many enterprises use Node due to its good relationship with microservices. Being microservices-based means that it is divided into smaller and independent pieces (or services)  and that each service is designed to do a certain task efficiently. Microservices are highly scalable, as they allow programmers to add or remove features without interfering with the existing ones.

What is Node JS used for?

Node JS is most popular among programmers for coding the frontend and the backend using JavaScript. This environment offers instant communication between the visitor’s browser and the server and is very useful to make applications that benefit from fast responses like real-time applications. Some examples are interactive chats, services that need to handle multiple requests or that run real-time services.

For example, if you were to make a game, you could code it to keep track of player stats in real-time, implement a chat for players to communicate, stream video or audio, and also handle the online multiplayer part of the game.

How to use Node JS

And in case you’re interested in developing more advanced applications using Node JS, its website also offers an introductory course that will give you a detailed explanation of each of its components.

If you already know how to program with JavaScript, then you can learn how to program in Node JS in no time. It also includes an HTTP toolkit, which will let you create web servers with ease. Node is extremely well known, and there are many communities where you can ask for help or guidance if you’re stuck. Luckily, programmers all over the world are eager to share their knowledge with us. As we always say, power is gained by sharing knowledge, not holding it.

0 thoughts on “What is Node JS? Easy Explanation”