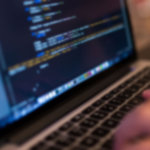 What is React JS?

React JS is a JavaScript library, commonly used to develop software that is constantly refreshing data on its UI. This technology eliminates the need of reloading the whole screen and also avoids processing every single line of code. React JS allows you to create components actually made with JavaScript; the famous scripting language used to create interactive applications and interfaces. If you’re using an app that is constantly updating its data, then it was probably developed with JavaScript. The origins of this highly acclaimed technology started at Facebook. They concentrated in making React JS available and presenting it to the world as a JavaScript library to build user interfaces (UI). The responsible for this was Jordan Walke, who developed it and named it “FaxSJ”. Facebook then decided to use it with the purpose of improving and optimizing its own mobile app.

But, why is React JS called a JavaScript Library?

React JS is called a JavaScript Library since it can be used mostly to create, store and use JavaScript applications, allowing you to discard the burden of writing the same script by hand over and over again by picking what you need and adding it directly to your code. It can metaphorically be seen and interpreted as a library for storing scripts. This is paradise if your objective is the fast development of very interactive apps and websites.

You can use React’s library to add prewritten functions, add-ons, and scripts to customize any code you’re working on, as long as it is compatible. This technology is a very well-known open-source code and this facilitates finding help and guidance from other users if needed. New scripts can be looked upon the internet (or React’s own website) to add to your own library.

React JS uses a couple of extensions named JSX and Virtual DOM to create user interfaces. These allow developers to create them for most platforms, and thanks to the fact that they can see the results of their code instantly, they can have a better view and understanding of what they’re doing.

JSX: You probably know HTML. It is one of the most common languages around since it is easy to learn and use. Due to the manifested acceptance of this technology, it is used in pretty much every website published on the Internet.

React JS makes use of something called JSX. This is an extension of React that allows the use of HTML with JavaScript, and this makes your code more versatile. React is compatible with most modern browsers, which helps developers to change and test their DOM on different platforms.

Virtual DOM: DOM is short for Document Object Model, which is an Application Program Interface (API). It allows programs to read any website’s content so it can be modified according to the coder’s likes and needs. Any website that isn’t using React JS is using HTML to change and modify its DOM.

Thanks to the implementation of JSX is that React JS can have a Virtual DOM, which is a copy of the original DOM used by the app or website. The main difference between the DOM and the Virtual DOM is that the former only shows changes after the page is loaded again, while the latter shows them in real-time without the need of reloading. Why use React JS?

The fact that React JS is easy to use guarantees that it will be preferred by many developers. Any aspiring coder should consider learning this technology in order to create useful user interfaces efficiently. It is also worth noting that its usage may improve the skills and participation of the developer since it is used on most recognized apps and websites Today.