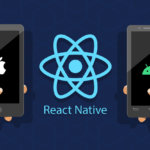 What is React Native? Get to Know the Amazing Mobile App Framework! What is React Native?

React Native is a tool used by developers, mainly used for creating Android and iOS apps using JavaScript components. Being a JavaScript Framework allows users to build apps from scratch or simply modify existing ones according to their preferences. It’s known for being reliable and easy to put into practice.

This developer tool also presents itself as a JavaScript library, which allows developers to create, save, and store components written in JavaScript. These components can work in Android, iOS, UWP, and Web, meaning that apps developed in this framework can be adapted to many platforms.

What is the main difference between React Native and React JS?

Both React Native and React JS are JavaScript libraries created by Facebook; the main difference is that the latter is optimized to work on websites, while the former was made to build mobile apps. A developer that knows how to use React JS will have a solid understanding of how the Native version work and it won’t take much to get used to it.

How does React native work?

React Native relies on two threads to run. The first one is the UI thread, which is where the User Interface is shown, and where changes made to the code are reflected. The second one is in charge of running the JavaScript code and where actions are processed.

Also, thanks to the fact that React Native works using JavaScript, developers can easily visualize the results of any changes you make in your code. This will be a relief for those who are used to rebuilding their entire app whenever they wanted to see the changes they did to their code.

React can also be launched on well-known web browsers like Chrome, meaning that as long as you have access to the Internet and a web browser, you’ll have access to it. It also comes with a particularly useful debugging tool that will tell you whenever there are conflicts in your code. How to build a React Native project

Let’s start with the basics. If you want to create an application using React Native, you need to know how to write code using JavaScript. You don’t need to be an expert, but you’ll benefit a lot more from this tool if you understand more than just the fundamentals. You can also write components in code similar to HTML, thanks to JSX.

You might be asking yourself “But what is JSX?”. JSX is one of React’s most interesting functions, as it allows you to write code similar to XML/HTML when creating apps. This code is later transformed into JavaScript components that are meant to be read by JavaScript engines. Basically, it allows developers to use both HTML and JavaScript code when creating an app.

After writing the code, developers can choose the platform where your mobile app will launch. This is due to the fact that developers can create components and User Interfaces for both Android and iOS devices using (in most cases) the same code. Any app created using React Native will look and feel like any other mobile app. It can also access core phone functions like GPS, internal and external storage, phone cameras and even calling functions.

If you want to learn even more about React Native, you can go directly to the official website. You can also join React’s community and even make a test run in a web-based version of React Native.

0 thoughts on “What is React Native? Get to Know the Amazing Mobile App Framework!”