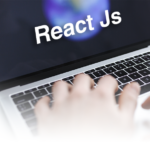 You probably know React JS, a web and app development tool created by Facebook that quickly became one of the most used JavaScript libraries in the world. But it isn’t just known because it was made by Facebook, this tool has been very well-received due to its many uses. This article is for those that are asking themselves “Why use React JS?.

Before we start, let’s take a quick recap as to what is React JS. This web and app development tool is a JavaScript library, which means that it allows developers to create, store and share JavaScript components. It is mostly used to create and design User Interfaces and web applications.

4 Reasons to use React JS:

One of the most known virtues of React JS is that it is very friendly for beginners and even recommended for inexperienced developers that want to develop their JavaScript skills. Even though React uses JavaScript, you don’t need to be an expert to use it. Having a good grasp of its basics will do.

JSX, which stands for JavaScript XML, is one of React JS’ main features. In case you’re wondering why is that so useful, JSX allows developers to shape their DOM using HTML-like code. While using JSX isn’t necessary using React, its usage will contribute in developing a more useful and adaptable tool.

Why? Because HTML needs to reload the entire DOM every time someone interacts with something. This causes websites to be sluggish and not so interactive, as it is the user who needs to click to see any updates.

Whenever a website is made using JSX, React JS will create a Virtual DOM. This is a copy of the website’s DOM, which will be used to compare any changes done against the original DOM.

Every time that something changes in the Virtual DOM, it will be compared to the original one, and only the section that was changed will be updated. This allows developers to create more interactive and intuitive web applications, and also makes websites require less computing power.

While React Native isn’t exactly the same as React JS, it’s based on it. The main difference being that instead of being used to develop websites, it is used to create mobile applications. This allows developers who are well-versed in React JS to dwell in the world of app development.

It also allows developers to reuse code made for web applications to develop their own mobile apps, speeding up the development of new apps. The best part is that it can be used to develop apps compatible with both Android and iOS, making it a very versatile and useful tool.

While there are many more reasons to use React JS, these are the most prominent ones. As you can see, this is a very solid tool that should be adopted and used by developers who want to expand their skill-set and their careers. You should also check React’s website to stay up to date and join its community.